“Let’s not measure something simply because we can… let’s measure something because it’s meaningful,” challenged a woman sitting next to me as she stood and spoke into a cordless microphone at a corporate dinner I attended earlier this week.   She saw a gap between the items the company had the capability to measure versus the things that were perhaps more difficult to measure but really important indicators of the company’s future.   I understood her cautionary remark.  Can action feel like progress even if it isn’t progress at all?

Have you ever had a week of non-stop activity but little progress? 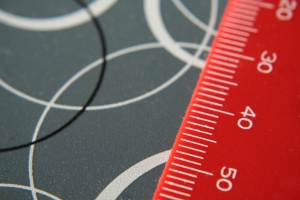 Another speaker at the above referenced dinner began his remarks with an interesting story.  He shared a piece from novelist David Foster Wallace’s commencement address at Kenyon College in 2005.  Foster Wallace who committed suicide in 2008 after a lifelong battle with depression delivered a raw and edgy speech entitled, “This is Water.”   In the speech he reminds graduates that the choice on how to be in life is highly individual and easily upended by  myriad distractions.   I was surprised that close to the end of the speech he talked about freedom in a way that reminded me of the action vs. inaction quandary pointed out by my seatmate.

“There are all kinds of freedom but the kind that is most precious you will not hear about in the great outside world of wanting, and achieving and displaying.  The really important kind of freedom involves attention and awareness and discipline and being able to truly care about other people.” (Kenyon 2005 Commencement, This is Water, play tape until 20:15 minutes)

If I’m honest transition has taught me this same lesson on freedom.  Pre-transition I was an evp of a 21,000 person global organization…an extreme job that had visible achievement accoutrements.   My kids still talk about their favorite, our ability to use the corporate jet.   They were little.  They called it ‘baby jet blue.’

My view at the time was that I had incredible freedom…after all I could hop on the corporate jet with my family for a weekend away anytime.  Freedom?   What about the isolation accompanying the job?  My receding emotional awareness? Freedom?

I took the job more out of convenience than personal alignment.  At the time my husband was starting a new business.  We viewed the job as an insurance policy against his irregular earnings outlook.

My new boss, a former colleague, was chasing his dream.  I was along to help him realize it.  The real failure occurred when I dropped my other interests, things I was passionate about, because the time demands got too harsh.

If I take the long view I’ve made enormous progress since I began my transition more than two years ago.    The progress has been circuitous at times.  At others completely absent.  I’d throw this last week into the absent column.

Progress.  Maybe the real progress I’ve made lies in the freedom I’ve given myself to pursue the things that I love.  Suspending judgment.  Ignoring expectations.  Trying.  Failing.  Freely.  Will you join me?