Tag Archives: Getting Even by Evelyn Murphy

“Have you seen it?” said a woman to the cashier at the Superette.  I was eavesdropping on the conversation.  “The flotsam?”   To that moment I’d never heard the word.   Webster’s defines it as the wreckage of a ship or cargo that gets washed up by the sea.  “Over many months,” the check-out line story went, “beachgoers” had created this awesome structure.  What transpired was elegant.  Homespun.  Substantial.  END_OF_DOCUMENT_TOKEN_TO_BE_REPLACED

Posted in Observations on Transition

“We are now in a position to move forward with you,” boasted a long-awaited email to a friend.  Imagine the excitement.  She’s been networking in pursuit of a new opportunity.   A new direction.  Maybe you’ve seen this movie?  Countless meet and greets.  Electronic job postings.  Online applications.  Long overdue or impersonal responses from hiring companies.   Not this email.   A sparkle?  A validation? END_OF_DOCUMENT_TOKEN_TO_BE_REPLACED

Tagged Composing a Life by Mary Catherine Bateson, Getting Even by Evelyn Murphy, Getting to 50/50, Lean In by Sheryl Sandberg, Listening Below the Noise, Phil Jackson Eleven Rings, Summer Book Reviews, transition

Summer Book Review #29: Getting Even – Why women don’t get paid like men – and what to do about it

‘Just because we can measure it doesn’t make it meaningful,’ shared a female physician at a dinner recently.  Today my son’s pediatrician can run a report to see which of her patients missed their last immunization cycle.  In theory the doctor could outreach to me to remind me to come in if my son’s name made the list.    My dinner companion was pointing out, “does this phone call make the physician a high quality one?’ 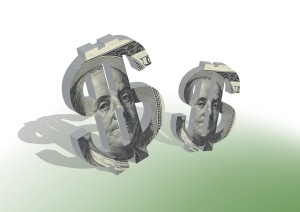 This same objectivity about ‘measurement’ and the conclusions we draw from it served as a backdrop to Summer Book Review #29, “Getting Even: Why Women Don’t Get Paid Like Men – And What To Do About It,” by Evelyn Murphy, former Lieutenant Governor of the Commonwealth of MA, with E.J. Graff.  (Simon & Schuster, 2005)

Murphy shares that one of her motivations for writing the book is rooted in the incomplete messages about women’s wages that are fueled by statistics from the U.S.  Census Bureau and Bureau of Labor Statistics.   In Getting Even Murphy adds a social scientist’s posture by leveraging research and analysis on workplace behavior to more fully shape her argument for gender-based wage discrimination.  (Getting Even, pg 9)   The combination is powerful and engaging.

Getting Even explores a pervasive gender-based wage gap.    This gap isn’t simply the  difference between the average wage of a woman versus that of a man.  Rather it is the cumulative effect of this difference for every hour worked over a woman’s life. Depending up her educational and professional profile, Murphy estimates that a woman loses between $700,000 and $2,000,000 over the course of her working life.  (Getting even, pg 26)  Sobering…or truly sad?

While the numbers are meaningful Murphy argues that numbers alone don’t tell the whole story.  What about the opportunity cost of these lost wages?  An extra set of lessons for a child.  A much-needed new car or refrigerator.  A long-awaited vacation.

Prior to reading the book I had an awkward relationship with the concept of discrimination.   It hadn’t touched me, or so I thought.  Long time readers may recall a similar reaction I had to the word ‘ambition’ and its baggage as discussed in Anna Fels’ outstanding Necessary Dreams, Summer Book Review #8.

Murphy dubbed the 4th category, everyday segregation, ‘working while female.’  Don’t you love that one?   “It’s what happens when a woman’s ideas are dismissed – only to be discussed seriously by a man.  Or when employers turn to old boy networks rather than public postings to recruit new talent.  Or when interviews or applications evaluate male characteristics more highly, even when women’s strengths  and communications styles could accomplish the job just as well, and perhaps better.” (Getting Even, pg 175)  Have you ever encountered any of these?

You may be asking, “is there really a wage gap?”  Maybe this book is dated.  Haven’t we made strides recently to negate this?

Last spring I attended the 50 year celebration of women entering the Harvard Business School.  One of the earliest female tenured professors, Rosabeth Moss Kanter, shared her observations.    Many, while not focused entirely on wages, mirrored Murphy’s.

I remember a young female grad challenging Prof. Moss Kanter saying that gender based gaps in advancement were a thing of the past.  I jumped to Moss Kanter’s aide with an observation of my own 100 person cohort, 20 years post graduation.  “For the 1st ten years out, the jobs were largely similar (assuming both genders were engaged in full-time work),” I said.  “Once we cleared ten years, our male colleagues started getting opportunities like, ‘go run Asia.’  While the women were offered incremental opportunities.  At 20 years out the gap  in opportunity is enormous.  So large that we can never catch up.”  Moss Kanter was pleased with my support.  I’m not so sure I’m pleased with what this non-statistical analysis says about women’s opportunities, let alone our wages.

Getting Even concludes with a practical set of actions to close the gap, both individually and as leaders in organizations.   Not only is it  worth a read but you may want to add it to the list of possible graduation presents for college grads. Invaluable.

I really enjoyed Getting Even as much for its wage perspective as for its education in discrimination.   I’d be lying if I didn’t tell you that it caused me to pause.   Was ‘working while female’ and all the missed acknowledgements a silent trigger to my transition?   From this vantage point it’s easier to measure the wage gap it caused.   I wonder if that’s Ms. Murphy’s real message?